Vaskakas Puppet Theatre has organized Győrkids Festival for the 14th time, from 2 to 4 July this year. The idea of the festival is unchanged: the goal is to turn the complete centre of Győr into a playground for a weekend.

In 2021, as in previous years, the chief organizers have found locations for the various programmes separated thematically, along the distinct art forms, throughout the area of the City Centre (Széchenyi tér, Kazinczy utca, Bécsi kapu tér, Vársétány, Várágyúk, Zechmeister utca, Rába kettős híd, Radó-sziget, Mihálkovics sétány). We could say so this is the "Once upon seven liberal arts, eco-friendly in Győr".

Organizers find it crucial for Győrkids Festival, which has become the biggest children’s festival of Middle Europe with its 50.000 visitors, to keep its character as festival of arts, which is why even in the case of the blockbuster games of the three-day event unique artistic quality is the main aspect, too. The prizes awarded to the festival in recent years signify that the decision has been the right path to take: the Hungarian Association of Festivals has awarded Győrkids Festival the outstanding festival of arts badge; the association Europe for Festivals, Festivals for Europe has placed Győrkids Festival among the quality European festivals for the second consecutive year; Hungarian Tourism Ltd. has decided to award us the “outstanding touristic event of Western Transdanubia” badge, which we wear proudly.

The motto of Győrkids Festival is still the same: “1000 programmes on 10 locations, for which no pocket money is necessary, since it is free” – which means that Győrkids Festival is free for every child under the age of 14 that visits Győr and wears a Győrkids wristband. Free admission would of course be impossible without the generous supporters of the festival. The main sponsor of the series of events is the Local Government of Győr City, which has decided to support main organizer Vaskakas Puppet Theatre for the 13th time this year, providing significant financial and infrastructural background. In addition, Győrkids Festival has been supported by the Ministry of Human Capacities, the National Cultural Fund, as well as several Győr-based or –related entrepreneurs – without them the festival could not be what it is today. That Győrkids Festival belongs to the city of Győr and the whole region is not only signified by the support of local entrepreneurs, but the dozens of professional co-operators (from Rómer Museum to Pannonhalma Archabbey) and the helping presence of hundreds of volunteers. 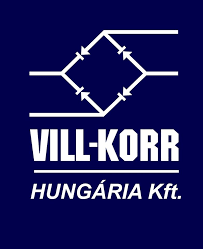 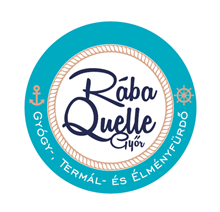